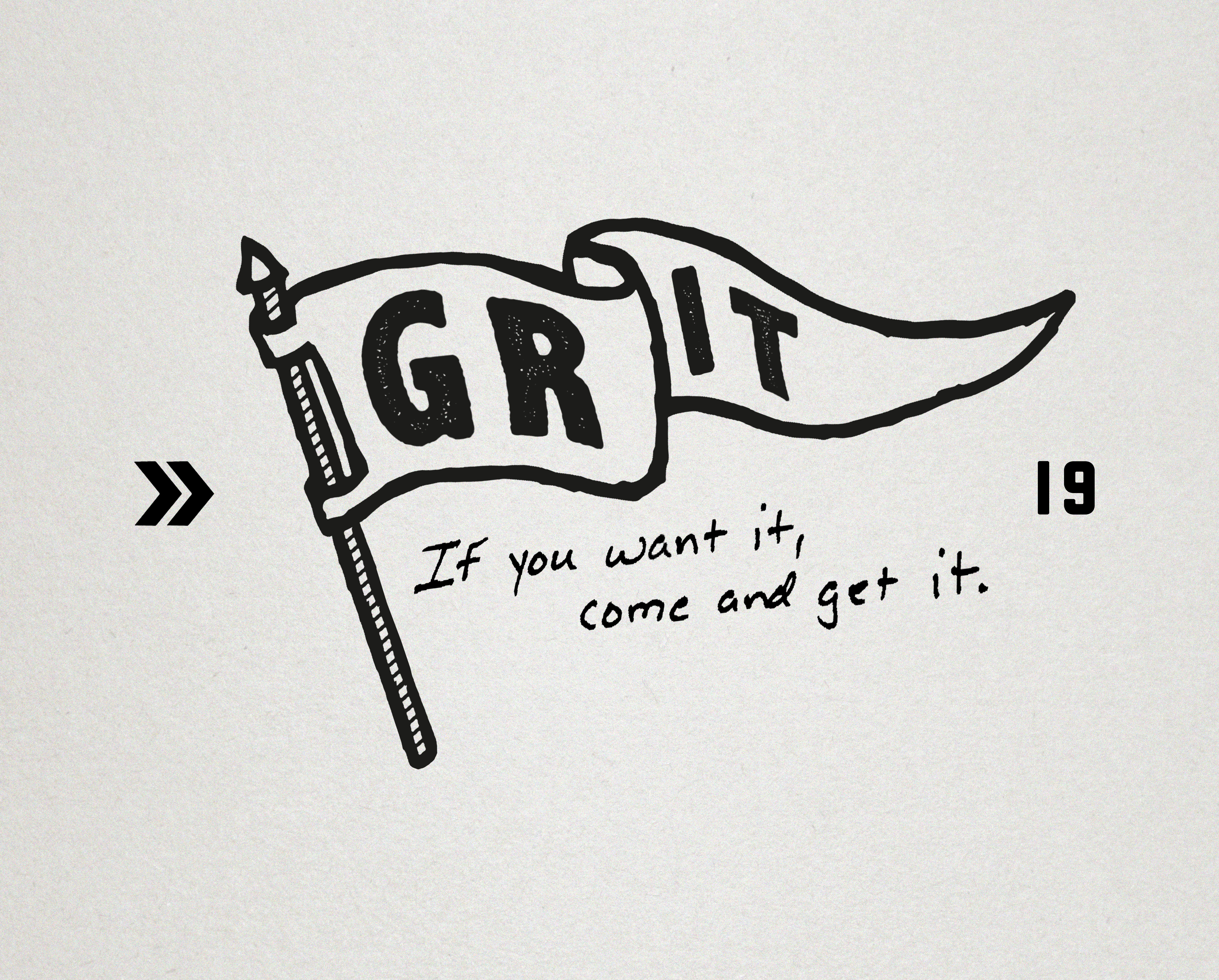 A planted flag is symbolic of territory possessed. Through the ages, to take possession required something of those longing for expansion…

Blood, sweat and tears accompany acquisition. Taking hold of that which is available demands that one summons a prerequisite measure of toughness. Tenacity, courage, determination, perseverance, guts, backbone, moxie, resolve, resolution, conviction, devotion…you choose the word…much is accessible…attainable…for those with GRIT.

The life of faith is no different. Jesus planted the flag of His Kingdom in the epicenter of your being, on the hill that is your heart. The stipulation? Struggle, pain, difficulty…the emptying of self…the resolve to endure whatever necessary…GRIT.

The forefathers of faith are no less an example.

Those figures of the holy script who…

The history of our faith is filled with men and women who had eyes for Him, and as a result were able to forge ahead regardless of what they saw before them. Those who lacked resources, were rejected, were deficient in amenities, and had no cheering section…people who were unwavering in their faithfulness to the seed before there was the first sign of fruit…men and women who didn’t have it all figured out, but they had the ability to not stop…to keep getting up…to keep on coming.

Talent is not distributed evenly.

Intellect is not allocated equally.

Advantages are not inherited uniformly.

It’s available to whomever, whenever, and however…

Within the TYM Family we find ourselves in an opportune moment. This summer, on the final night of youth camp, we sensed the Lord offering an invitation to our sacred community. A substantial move of His Spirit, an awakening, revival, is available. A release of Holy Spirit activity so rich that the individuals of this movement and the ministries associated with this movement are marked and altered from this day forward.

An invitation is just that…an open door of possibility.

But such occurrences do not just simply happen.

“If you can live without His presence, you will.” (John Kilpatrick)

Yet, many a person has proclaimed they “want it”. A fleeting desire is insufficient when it comes to planting flags. Saying it amounts to little…nothing.

If you want it, come and get it.