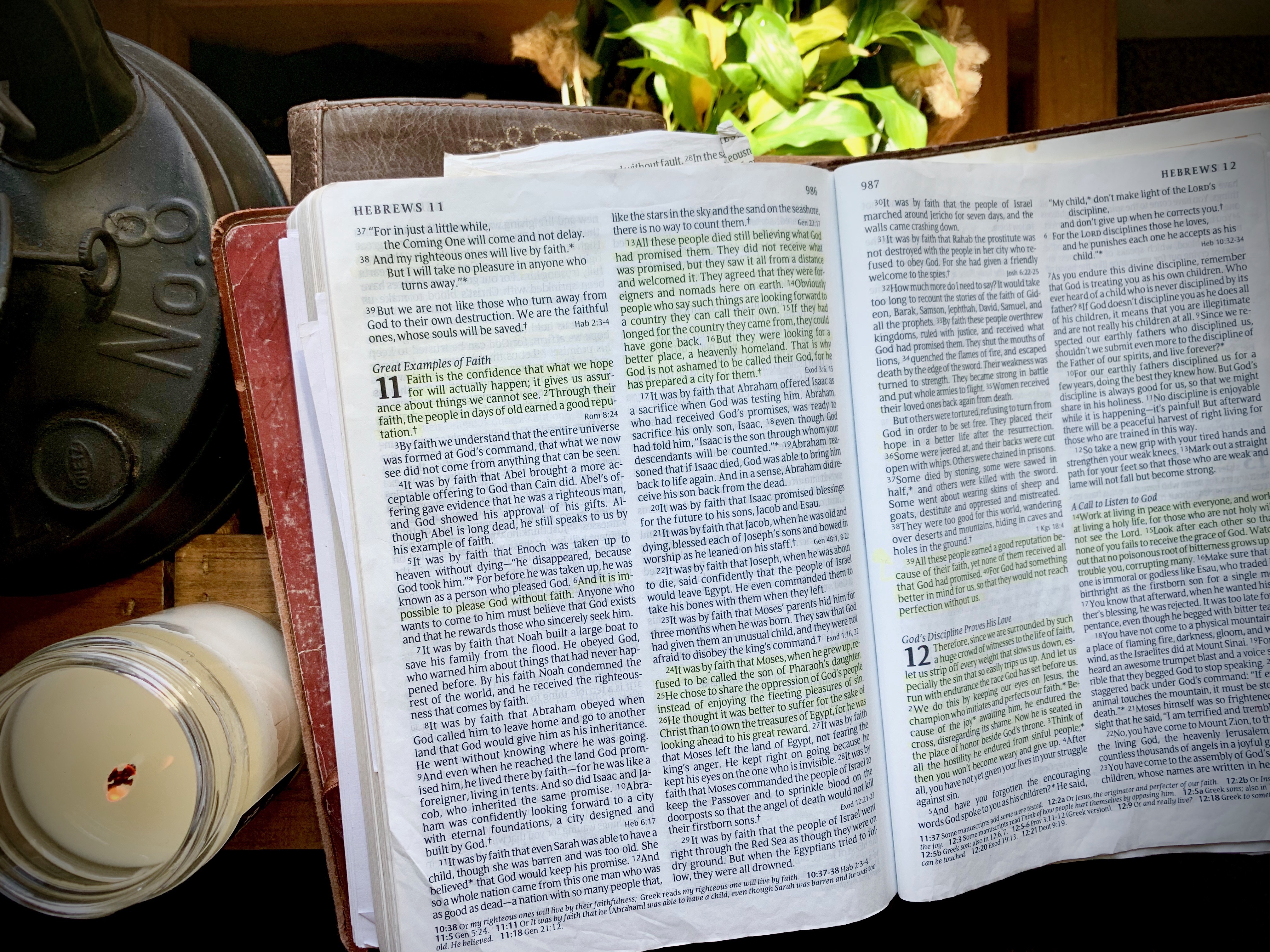 I am working my way through Hebrews in my morning reading and journaling. A few days ago I came to Hebrews 11, the “Hall of Faith”, in which the author notes men and women who demonstrated significant faith. Some of them are previously noted in the pages of the bible, others whose names were lost to history, are memorialized in this chapter as well.

Faith is unique in that it is textured, layered, multi-faceted. Faith can be leveraged to believe for a miraculous healing, and to gracefully navigate a prolonged illness. It can be summoned, fueling the necessary courage to forge ahead toward a dream. It can also be clung to when the patience is needed to wait. You can’t pigeon hole faith. You can’t paint it in a corner, nor with a broad brush.

For the next few lines, I want to reimagine Hebrews 11, as the expressions of faith demonstrated throughout the challenges of 2020.

Faith is the confidence that what we hope for will actually happen; it is the sense of absolute about things we cannot see and things we have yet to see.

Those who see it before it gets there, tend to be the ones who see it get there. Those who are governed by the deep belief of what God has said and is saying, are usually the ones who last long enough, maneuver tenaciously enough, to take in the view.

We embrace wholeheartedly that the entire universe was formed at God’s command, and is perpetually in motion in response to His unending voice. We would do well to remember, God has the final word, no pandemic, politician, or chaos has such jurisdiction.

Some in this hour will worship well. Every day of their life will be a fragrant offering Unto Him. God will never forget those who dove more deeply into Him, those who were more mindful of Him. Some will become known in the streets of heaven as people who pleased God…as people who lived as if it were All worship.

Others were prepared. They sensed in their bones something was coming, the likes of which we have not experienced in our lifetime. They were obedient to the Spirit’s prompting and got their house and life in order ahead of the coming tumult.

Many have trusted the Lord, knowing in uncertain days, His leading is the one certain thing…confident that God will keep every promise He has made…knowing the evidence around us is inferior to the testimony of the Lord. Many have trusted God would take care of the promises which have already been fulfilled. They have lived in the midst of a shut down, placed their “Isaac” on the altar, submitted to His care, knowing their “Isaac” would not die.

Parents have pronounced blessing over their children, assured in their hearts our Faithful Father would care for them deeply. Resting in the confidence that their children will inherit the land.

Faithful followers of Jesus have chosen in this hour to be more closely identified with the Kingdom of God than the corruptible citizenship of this world. They have consciously told their nationalism to bow its knee to their Lord and King. Even at the price of rejection and ostracization…even at the cost of false accusations from all sides. By faith they broke rank from the societal norms and evolving narrative and kept right on going in the way of Jesus, not looking back, never to return. They have kept their eyes on the One Who is invisible.

Many others, unnoticed, uncelebrated, unannounced… Just kept on believing in Jesus. They refused to believe the report of social media over the report of the Lord. They consumed the scriptures, clung tightly to His promises, confessed their lack of control, and rested in His goodness. They confronted fear and denied it a seat on the throne of their hearts. They were respectful and responsible, but in no way intimidated. They acknowledge the possibility of sickness and death, but wade into the fray unwilling to surrender their assignment into the tarnished hands of such an unworthy foe. They truly believe His angels will guard them wherever they go.

They avoided being obsessed with theories and controversies, they refrained from expending energy on conspiracies, devouring the Bible instead of unending google searches. They had the conviction to stand for what is right, but the strength of character to not allow themselves to be forced to create enemies or to fan anger and division. The took their cues from the High Court of heaven rather than the fickle court of public opinion.

They prayed more. They filled their homes with worship. They quoted scripture. They sent encouragements to friends. They grieved the pain of this world. They lamented and interceded. They expressed love and compassion. They dealt in justice and mercy. And they kept on looking at Jesus…kept on searching for Him in the rubble…they never stopped seeking, believing the seekers are the finders…they never took their eyes off Him…

In the corridors of eternity, all these people have earned a good reputation.

In 2020, they were FAITH-FULL. Their faith was tested, and proven to be genuine.

And now, they are emboldened for whatever comes next.