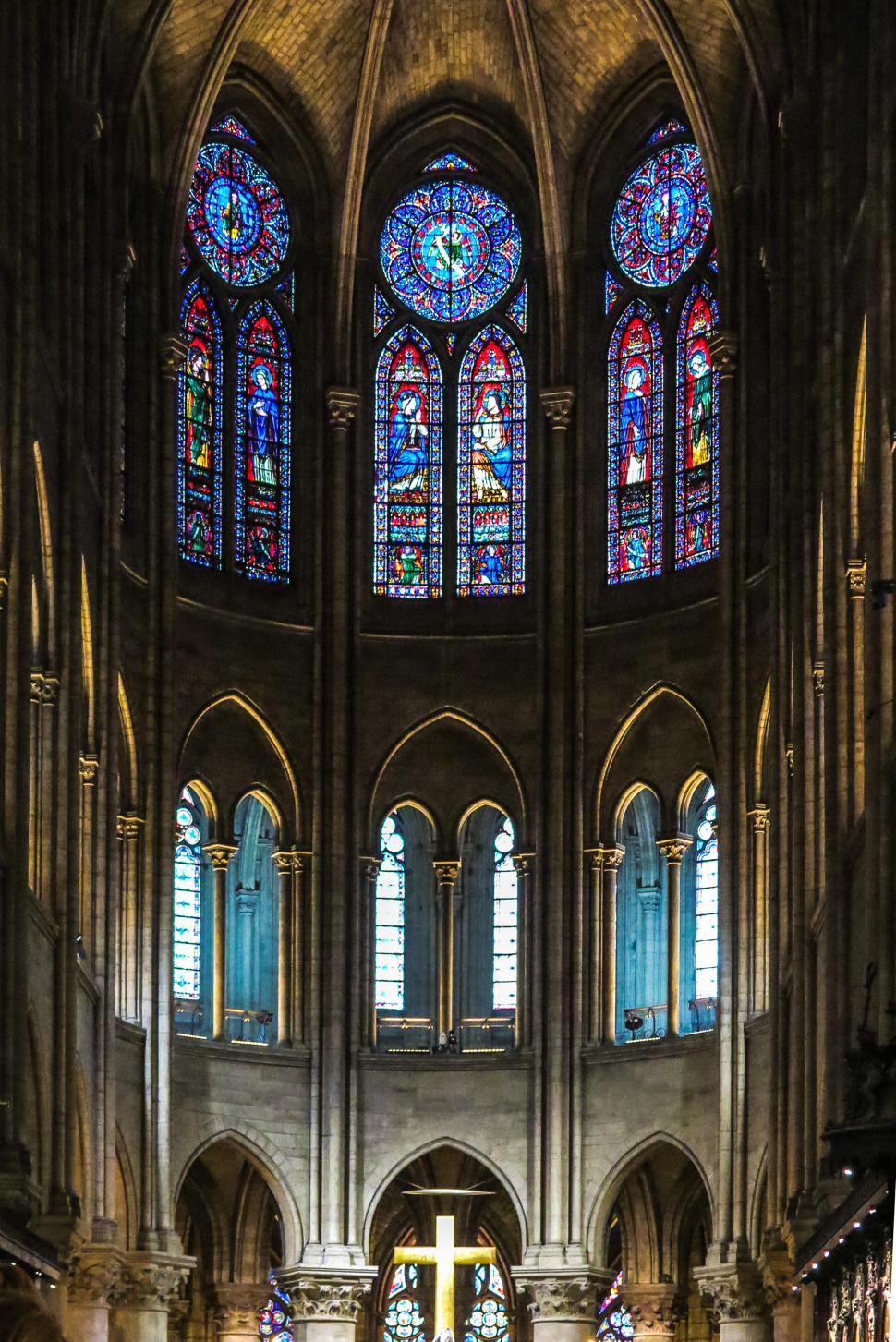 Yesterday the historic Notre Dame Cathedral in Paris caught on fire. The structure, over 800 years old, was engulfed in flames. Meaningful relics, beautiful art, historic documents, and walls that have reverberated the expressions of hundreds of thousands of worshipers, all were at the mercy of the inferno.

I have never been to the cathedral. I have never been to Paris. I’ve never crossed the Atlantic Ocean. I have seen photos of Notre Dame, but to be honest, while I had a faint idea about the beautiful edifice, it is not especially important to me. I mean that in the sense that it has absolutely no bearing on my every day life. My worship of the One and Only God will not be hindered in the slightest or disrupted in the least.

In general, for better or worse, I’m pretty numb to what flashes across the screen in the daily news dump. I am rarely moved by whatever the latest trending topic happens to be on a particular day. Maybe I am desensitized? Maybe that means I lack heart? Maybe it means I am focused on my assignment? Maybe it means I’m emotionally stable? Maybe its means I lack compassion? Ultimately, I try not to read too much into what it does or does not mean. However, on those occasions when something exterior of my every day life does provoke emotion, I try to pay close attention.

The imagery of Notre Dame burning induced some feeling…a tinge of grief…a measure of sorrow. Why of all things did a “burning building” subtly coax me to care?

Maybe because beauty matters…if it didn’t, why did God go to such great lengths to create that which is breathtaking?

Maybe because houses of worship do indeed have meaning…if they don’t, why do we put such care and emphasis on those we frequent?

Maybe because there is a tension we believers feel…we are mindful of Jesus’ education of the Samaritan woman that worship location is not as important as heart posture…yet spaces and places have such meaning to us in general…because we say things like “God’s presence can move in a field or a back alley”, yet we routinely find ourselves congregating in spaces designated as sacred.

During earlier seasons of my life I may have been critical of anyone lamenting the destruction of a building. While that earlier version of me would not have been entirely wrong, he wasn’t exactly right either. Like so many scenarios, it is easy to fixate on one particular facet of a situation and miss a million meaningful subtleties. For a moment, allow me to frame why it wasn’t “just a building” and why being heartsick at the sight of Notre Dame doesn’t mean your worship is misguided. If you will, suspend some of your theological conundrums and concerns and simply consider…

It was a space constructed for the purpose of that which is sacred.

The Cathedral was built with the overarching idea that heaven and earth would have a set apart place to mingle. Sojourners for centuries found themselves within those walls, hearts open to the Divine, faces titled toward the Unseen, faith reaching out to the God of all creation. We may have different ideas in the arena of theology, but the main idea of the Cathedral was communion between God and man. Certainly through the generations it has become a sightseeing destination, but as it is with our everyday churches, there are always some present who are genuine and some who are there to see and be seen. (Selah)

It is a work of art.

Notre Dame has been the picture of beauty. It is an overwhelming expression of the creative ability God imbedded in humanity. It is a reflection of elite skill being expended for holy purposes. It reveals the partnership, the co-laboring between heaven and earth. We look at the stars, the ocean, or the mountains and know we had absolutely nothing to do with their existence. We look at the Cathedral…a painting…listen to composed music…and we realize that we are made in God’s image…that God shared with man, to a small degree, the ability to create. The Cathedral has stood through the generations as a sign that art and beauty belong to God and by proxy, His church…His people. It hearkens to an era in which the church was the predominant cultural influence in society, and the most magnificent expressions of man’s skill and talent were put on display within the context of the church.

It represents man saying, “For God, only the best.” Certainly along the way the motivations behind excellence can be questioned, and the thought that “excellence” can become a distraction from the “Excellent One” has some merit. But we all too often rush to pick things apart and emphasize the potential pitfalls rather than celebrating what is right about a thing. I don’t know the minds of the architects. I cannot peer into history and ascertain all of the intricate individual “whys”. However, I can look, behold, and say if anyone deserves that type of extravagance, expense, and excellence it is the Lord God Almighty.

I may be wrong. It may be absurd than anyone would grieve over a building, but like the brilliant colors of Notre Dame’s stained glass, things are rarely so black and white.